I have lots of features planned that I'd like to include, but these will take a long time to create and implement, thank you for being so patient, see you in the future!  -Kebby_⚙️

For more blocky news and updates, check out the Blocky-Discord: Block-Talk

For more information and a detailed step-by-step guide on installing Block-Quake Vanilla & Copper for Quake Remastered, see the Readme PDF. 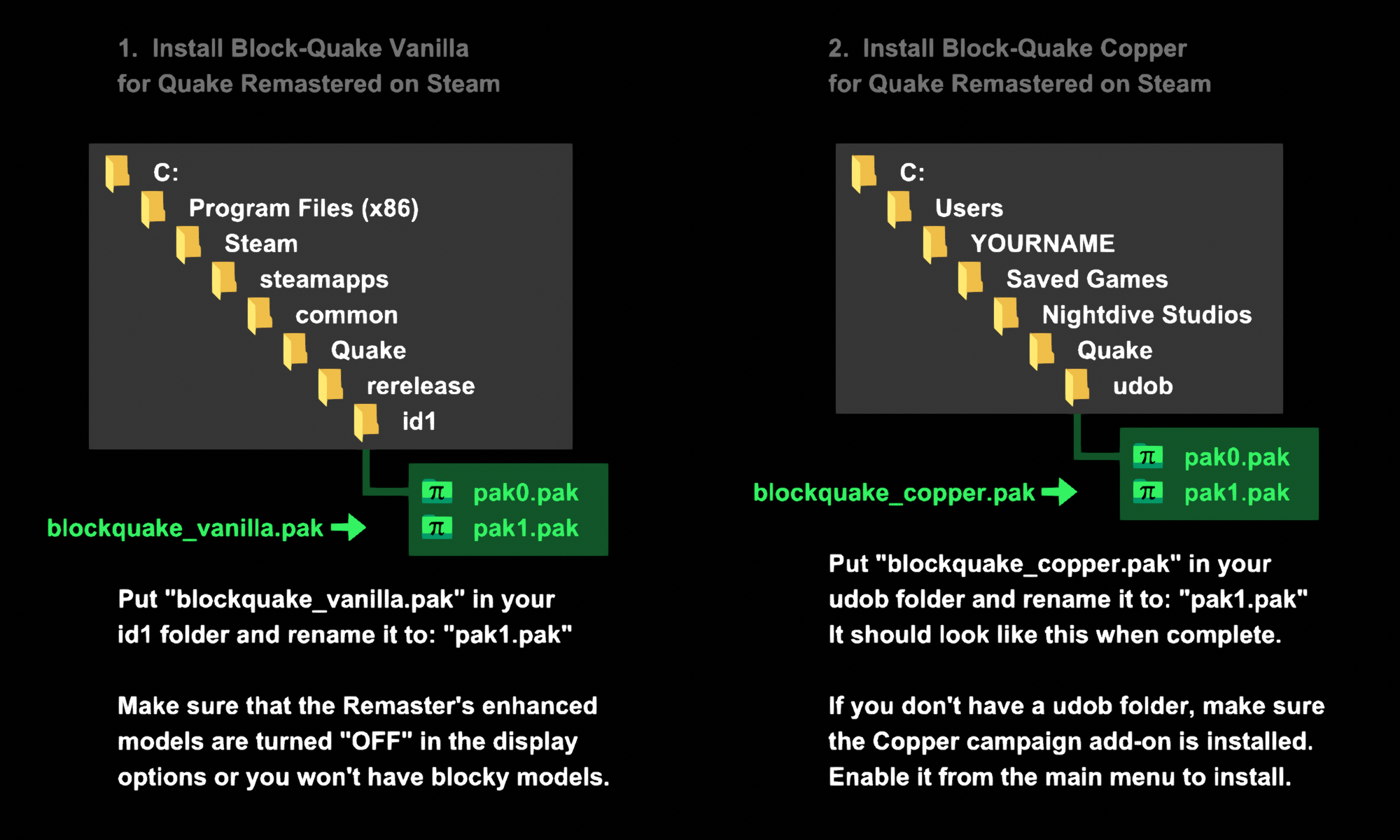 While uninstalling, be careful not to accidentally delete your Quake game files!  Always make sure you know which files are being removed.  Double check the file dates if you are unsure which pak is which.

An alternative option is to just rename the paks back to: "blockquake_vanilla.pak" and: "blockquake_copper.pak" respectively.  This method disables the blocky content, without deleting anything, and you can re-enable it by renaming it back.

This is the best thing to happen to Quake in a decade.

Now, this is Qute! Family friendly version with... heads falling down and red blocks representing blood or internal organs... Really loving it! I'm surprised it's using original mdl format models! I was sure it's md5 or iqm or something else.

it work on quake III arena?

This mod's only compatible with Quake 1.

i can't wait to buy quake when the summer sale come out, this looks so cool and cute

Thanks a lot, this is such a fun reskin and it looks amazing.

Best of luck for your future projects!

You should not have to replace any of the original Quake paks to install or remove Block-Quake.  Do not merge game paks and mod paks together, keep your pak files separate by number naming them.

From your comment about pak1, it sounds like you tried to merge Quake's pak1 file by renaming Block-Quake's pak2 into pak1.  Only rename the mod pak if you are playing the Remastered version.  Double check the correct directory path is "Quake / rerelease / Id1" folder and NOT "Quake / Id1".  Renaming the pak2 to pak1, and installing in the wrong directory will override the original Quake pak1 with Block-Quake.

In response to removing the mod, I said only move or delete the Block-Quake pak files.  I didn't want people to accidently delete their Quake game paks and there is no way to tell which one is which if they are named incorrectly or put in the wrong folders.  Always double check the pak contents first.

Thanks for your response, Kebby.

I really like that your trying to make the mod family friendly so it could be like an actual game that lego released way back then and became a cult classic, sorta like chex quest. Good Job!

Would censored mode be optional if it were to ever come to pass?

Would it be possible to include the monsters and weapons from the mission packs scourge of armagon & Dissolution of eternity into this?

I had considered remaking the mission packs for Block Quake, but I would need to recreate: 10 enemies, 8 weapons, 7 powerups, and 9 bosses.  That's almost just as big as regular Quake!

Most of those models could be Blocky reskins, like the lava nails or statue enemies.  Unique enemies like the Scorpion, Gremlin and Dragon need brand new Blocky models, armatures, animations, textures and play testing.

Right now, I just don't have as much free time as I did when I started.  This also means I probably won't be able to support big overhaul mods like Alkaline or Arcane Dimensions.  Copper would be an easy one right now, it just needs some files renamed and a few 20fps animation tweaks.

I have lots of plans for future updates, Blocky texture packs, Blocky themed maps, a possible Block-Jam, new gameplay features and more mod compatibility.  Right now I'm focusing on helping players install the mod so they can play it.  I've also been simplifying the installation process, to make it less confusing for first time modders.

Now that the mod is public, I'm hoping to make an explanation video to better address commonly asked questions, suggestions and talk more about my future Blocky plans.  See you later!

I understand perfectly, anything that is worth doing takes time, don't strain yourself man this work is solid.

this gon be the first mod to hit 1 trillion downloads

those are rookie numbers

I never knew I needed this until I saw it. What a great idea.

Is it okay if I can do a video on this TikTok ? I can't provide a link to it, but I can use Hashtags and Leave a msg on Screen saying it can be found on itch.io

I've updated the install instructions, sorry about the confusion with the Remastered version!  Original Quake has 2 pak files, while the Remaster has only 1, so Block-Quake's pak2 needs to be renamed to "pak1".  Don't forget to turn off the "enhanced models" or you'll see the enhanced enemies instead.

The location of the ID1 folder is also different for the Remaster.
(Quake / rerelease / id1)

similarly you can create a /quake/block folder and put the files in there, in game run "game block" to run it like a mod.

EDIT: Why is this downvoted?
If you want to run the mod in a separate folder (instead of copying it into id1), you have to rename the file, otherwise the LEGO models won't be visible.

You are technically correct.  Renaming the pak2 to pak0 is true only if you are using the separate folder and manual game launch method.  I was worried this would cause more confusion to new modders and increase the risk of people overriding their original Quake pak0 or Remaster Pak0 if put into the wrong folder.

This "separate-folder-game-launch" method of installation is what I would prefer people to use, but its more of an advanced user preference.  For example, if someone wanted to play Dimensions of the Machine, they would need to have both the "mg1" pak0 and the renamed Block-Quake pak1 in the same folder.  This increases the risk of accidental overriding official paks with mod paks.

Having the mod in the base id1 folder insures every other mod or addon uses that mod as it's base.  A downside, is this simpler method makes things messy when it's time to remove or uninstall the mod as it risks deleting the base game paks by accident.

Quake has never been cuter

(Really enjoyed your interview on QuakeCast a while back with Dumptruck).

Dude, this is amazing, thank you so much. Cheers

Very cute! Great job on this. 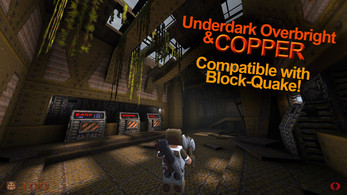 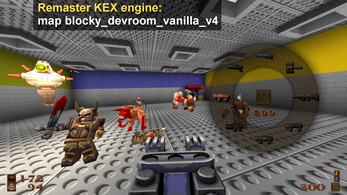 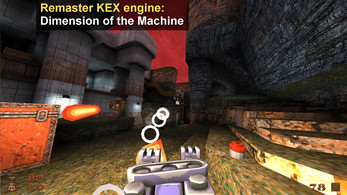 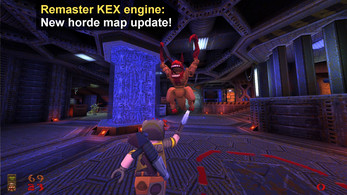 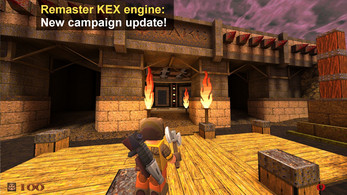 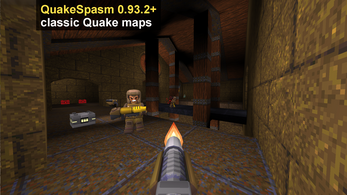 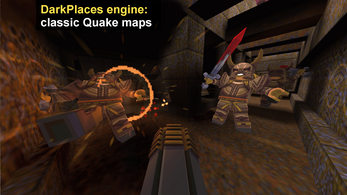